Tim Bresnan produces some Headingley magic – to the detriment of Yorkshire 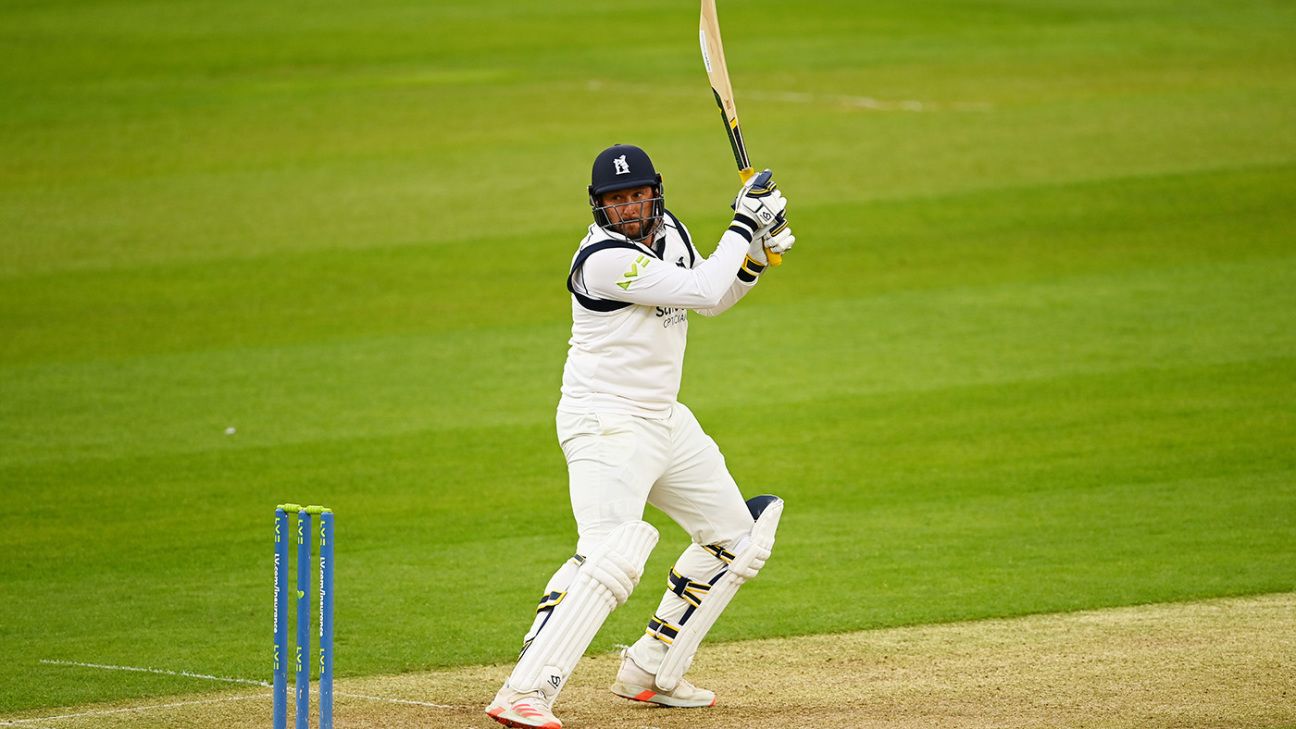 If Warwickshire win the Championship, a little patch of earth at Headingley could become hallowed ground. It will be found at first slip at the Kirkstall Lane End and it may be marked by a little indentation. They could even call it “Bresnan’s Dip”. Yorkshire, their own Championship hopes scuppered in that moment, could be tempted to fill it in, although as the player involved spent the best part of two decades at Yorkshire, they could always be tempted to celebrate the moment and offer grudging praise to “one of our own”.

When Tim Bresnan plunged mightily to the ground during the last ball of the day, to hold a splendid catch off Liam Norwell, one-handed to his right, Yorkshire lost Dawid Malan in the process. At 50 for 2, with England’s No. 3 still intact, a chase of 224 on a tough pitch felt gettable. Malan, who sweated 66 balls over 12, certainly felt so. At 50 for 3, England’s No. 3 catered for, Yorkshire probably need a seaming pitch to change character markedly to have a realistic chance of getting over the line. With rain forecast, we may have to wait until Wednesday to find out.

Craig Miles, who had earlier removed Adam Lyth via another Bresnan catch, said: “To get someone of Dawid Malan’s calibre out with the last ball of the day took something pretty special from Tim. It was a remarkable catch and great to finish the day on that note.”

Bresnan’s catch shook Yorkshire to their foundations, metaphorically if not quite literally. Remarkably, it was his third catch at first slip in the final session. George Hill edged an outswinger from Chris Woakes to give him the gentlest of warm-ups. Lyth’s edge of a full, wide ball from Miles was another gimme. Then, an hour or so later, with the floodlights shining ever more brightly, came the tour de force, rescued an inch from the turf. It was probably the first time a Headingley crowd has ever groaned at a Bresnan success story.

Bresnan also had a part in Warwickshire’s second-innings 176. It had three pillars: Dom Sibley played with commendable self-discipline, as is his wont; Michael Burgess, as he had in the first innings, flowed so freely that he might have been playing on a different pitch; and Bresnan, Yorkshire to his core, must have wondered as he picked off late runs why his old county’s attack had waned just as the match was on the line.

Yorkshire’s one bowler to possess a permanent threat was Jordan Thompson, who was in combative mood, and who drew maximum life and seam movement from the pitch as a result: Bresnan, who left to make way for the likes of Thompson, an allrounder of character, would have been impressed. Steve Patterson was also in typically parsimonious mood. But Matthew Fisher bowled too many four-balls across both innings and Ben Coad, although highly economical, did not quite carry the threat that might have been expected.

Few batters minimise risk like Sibley. He probably also knows where the nearest fire extinguisher is in every dressing room, and only breathes in after carrying out a thorough check of pollution levels. It took him 15 balls to get off the mark and it set the tone – outswing from Fisher and the gentlest of deflections, soft hands, angled bat, through backward point. When the bowlers are on top, he hunkers down like an elderly man preparing for a harsh winter.

At 27 for 4 in 17 overs, he must have been feeling bereft. Will Rhodes kept him company for 11 overs before he was gated by Patterson. Thompson, the heavy-eyebrowed firebrand, cleaned up Chris Benjamin and Sam Hain in successive balls. Benjamin’s booming off drive was very T20 and Lyth said thank you at second slip. Hain collected a king pair, a huge bonus for Yorkshire, this time totally squared up as Thompson made one rasp away from him from back of a length. Matty Lamb managed to be lbw and bowled by the same ball from Patterson; the umpire’s finger was raised for lbw at the same time that the off bail was flicked aside. Obsessive students of the Laws, and there are many, might like to pontificate whether “bowled” was the right decision.

Sibley ground on. Just because he leaves a ball, it does not mean it is done with. He relives it, digs deep into its character, explores it for every character trait should he meet it again. Despite that, he did include a few thick edges to third man as his score mounted. When he fended just short of Hill at first slip, the bowler, Thompson, screamed in exasperation and his eyebrows blackened like a young Fred Trueman. He dismissed Sibley next ball, an excellent delivery and a catch at the wicket.

When Thompson took two wickets in an over for the second time, making one bounce to dismiss Woakes for a third-ball duck, Yorkshire were back in the game. Even more so when Burgess, who had again played with a clever attacking intent – walking down the pitch at times, but never wildly – fell for 37 from 58 balls, driving Fisher to point where Harry Brook had moved seconds earlier.

At 108 for 7, Warwickshire’s lead was 155. Quick Kill was the requirement. Instead, Bresnan had something of a gentle homecoming, making 36 from 61 balls as if he had spent his life batting on this square and wondered what all the fuss was about. The umpires examined the ball several times, but Yorkshire never really found one that got them out of the mire. By the time Coad had Bresnan leg before and Thompson removed last man Norwell at mid-off for the first five-for of his career, Warwickshire were favourites.

“We knew what Brez can do,” Thompson said. “He’s done it year in, year out for us. He hung around and got them to a challenging score and then took those catches late on.”

That counted as a gushing accolade down Yorkshire way. Bresnan will reckon he made room for a good pro in the making.