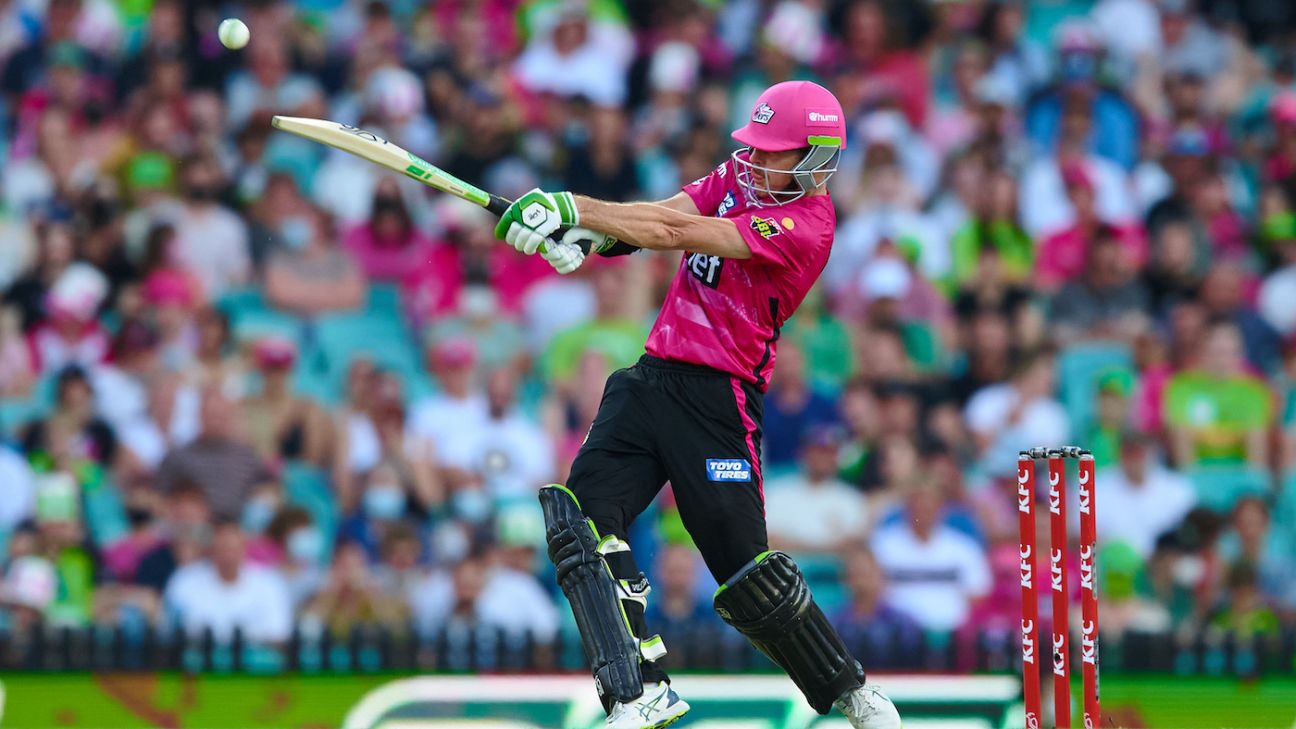 The result at the SCG on Saturday moved Sixers into second place on the ladder on net run rate above Thunder, who have played one more game and suffered back-to-back losses.

Sixers made 5 for 197 with Philippe (57 off 35 balls), Daniel Hughes (66 off 48) and captain Moises Henriques kept (47 not out off 27) lifting the tempo massively after their side scored a competition low of just eight from their opening four-over powerplay.

Thunder tallied 28 more in the powerplay than Sixers, but 37-year-old O’Keefe, back after missing two matches with a hand injury, triggered a massive collapse. He took two wickets in both his first and third overs as the Thunder lost 7 for 38 before a ninth-wicket stand of 56 salvaged some pride. Captain Chris Green scored his first BBL half-century, with the visitors finishing on 9 for 137.

Alex Hales got the Thunder off to a rapid start, taking three fours off Sean Abbott in the second over. But O’Keefe bowled Hales with his first delivery and had Alex Ross caught behind three balls later to alter the momentum.

O’Keefe struck twice more when he had the dangerous Daniel Sams caught at long-on and Oliver Davies stumped. Thunder slumped to 5 for 61 in the 10th over and 8 for 80 in the 13th.

Earlier Sixers took 28 balls to notch their first boundary but made the most of their chances. Coming off a lean run of three ducks in four innings, Philippe was dropped on 9 and made Thunder pay.

Australian T20 and ODI representative Philippe and Hughes picked up the pace, adding 82 in just under 10 overs. Hughes, who scored just two runs off his first 11 balls, brought up a record fifth half-century in Sydney Smash matches, a fixture in which he has scored more runs than any other player.

Hughes and Henriques kept the pressure on the Thunder’s bowlers, putting on 77 in seven overs.

Thunder were guilty of sloppy fielding and pacemen Mohammed Hasnain and Sams were left visibly agitated with the former exchanging words with Henriques — when Sixers captain seemed to cheekily suggest the Pakistan quick was throwing.

Sams and fellow paceman Nathan McAndrew each took two wickets but Hasnain, who was playing his last match before returning home, was clearly Thunder’s most economical bowler.

Crystal offloads passengers in Bahamas to evade US ship seizure

Dancing On Ice 2022: Ben Foden is FIRST celebrity to be booted from show

Pakkikhabar.in provide a platform to our visitors as the most respected and trusted source for news and information. Our news portal has been designed in the most convenient manner so as to locate the desired news instantly.