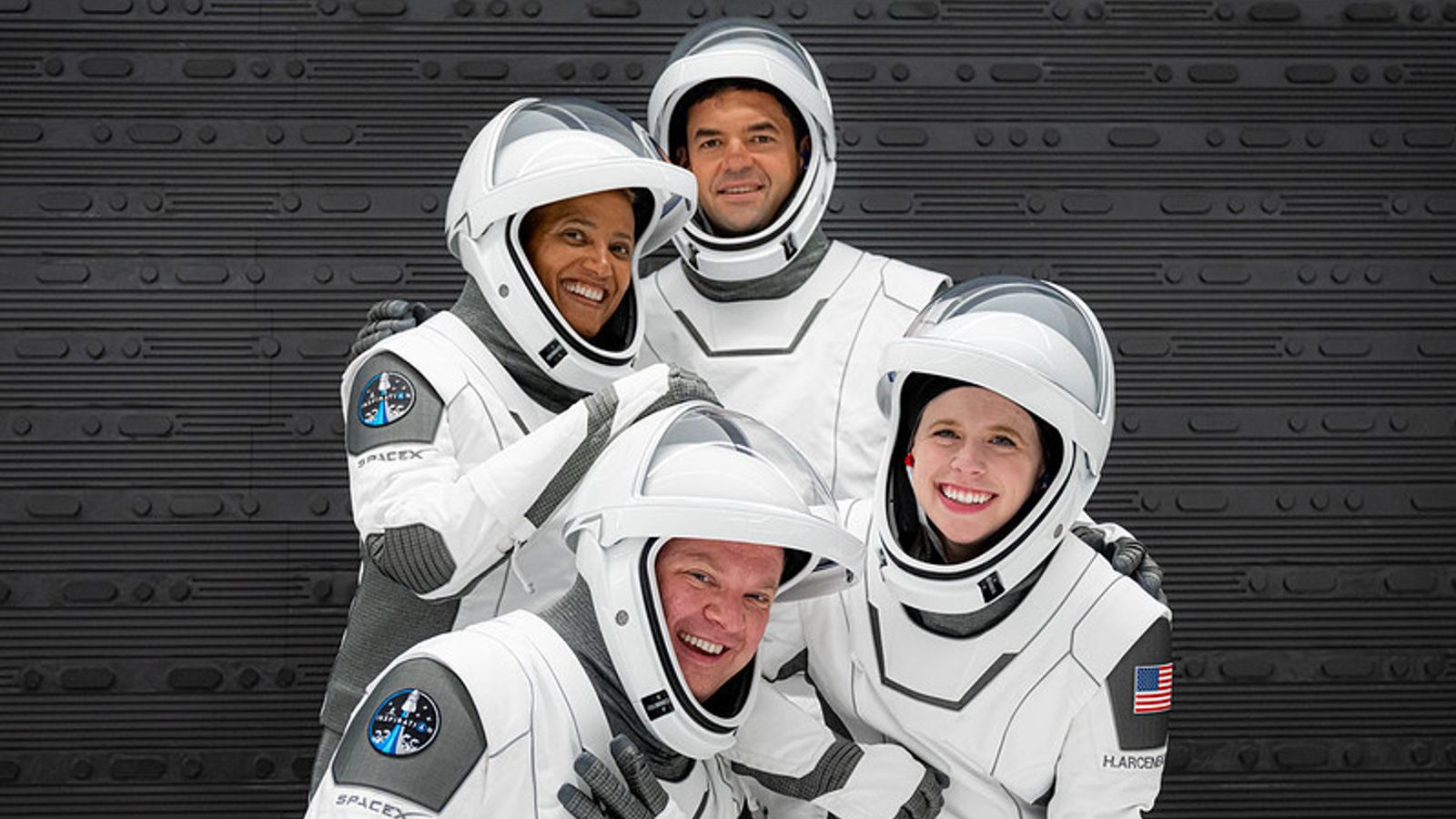 SpaceX is set to launch the world’s first ever all-civilian mission to orbit on Wednesday evening in Florida, weather permitting.

The crew of four civilians includes a high-school dropout for a commander, a medical officer who survived cancer as a child, an artist and college professor, and a man who won his seat through a charity donation.

They are set to travel into orbit this week following a private deal between the commander, payments entrepreneur and jet pilot Jared Isaacman, and SpaceX.

The terms of that deal haven’t been disclosed, but Mr Isaacman is using the trip to raise $200m (£146m) for St Jude Children’s Research Hospital in Tennessee – with half coming from his own pockets – and said the anticipated donation to St Jude’s “vastly exceeds the cost of the mission”.

Among the passengers is Hayley Arceneaux, a woman who was diagnosed with bone cancer as a child and received treatment at the hospital, and now works there as a physician assistant for patients with leukaemia and lymphoma.

The other crew members are Chris Sembroski, who won his seat after donating to the hospital, and Dr Sian Proctor, an artist and college professor who is one of the customers of Isaacman’s payment company Shift4.

The launch window opens just after 8pm local time (1am in the UK) and is the last major first for private spaceflight companies this year, following Virgin Galactic and Blue Origin‘s launches in July.

US Space Force predicts a 70% chance of favourable conditions for the launch on Wednesday, although a backup window will open on Thursday if any issues arise.

The SpaceX flight is unlike Virgin Galactic’s mission – which by international standards did not actually go into space – and Blue Origin’s mission, which only made it into space by a few miles – as it will enter into orbit

It is also crucially different, as the company’s billionaire owner Elon Musk won’t himself be onboard.

Mr Isaacman dropped out of high school aged 16, then started a business in his parents’ basement that eventually became Shift4.

He set a speed record flying around the world in 2009 while raising money for the Make-A-Wish programme, and later established Draken International, the world’s largest private fleet of fighter jets.

The billionaire, who is described as an accomplished jet pilot, said: “I truly want us to live in a world 50 or 100 years from now where people are jumping in their rockets like the Jetsons and there are families bouncing around on the moon with their kid in a spacesuit.

“I also think if we are going to live in that world, we better conquer childhood cancer along the way,” Mr Isaacman added.