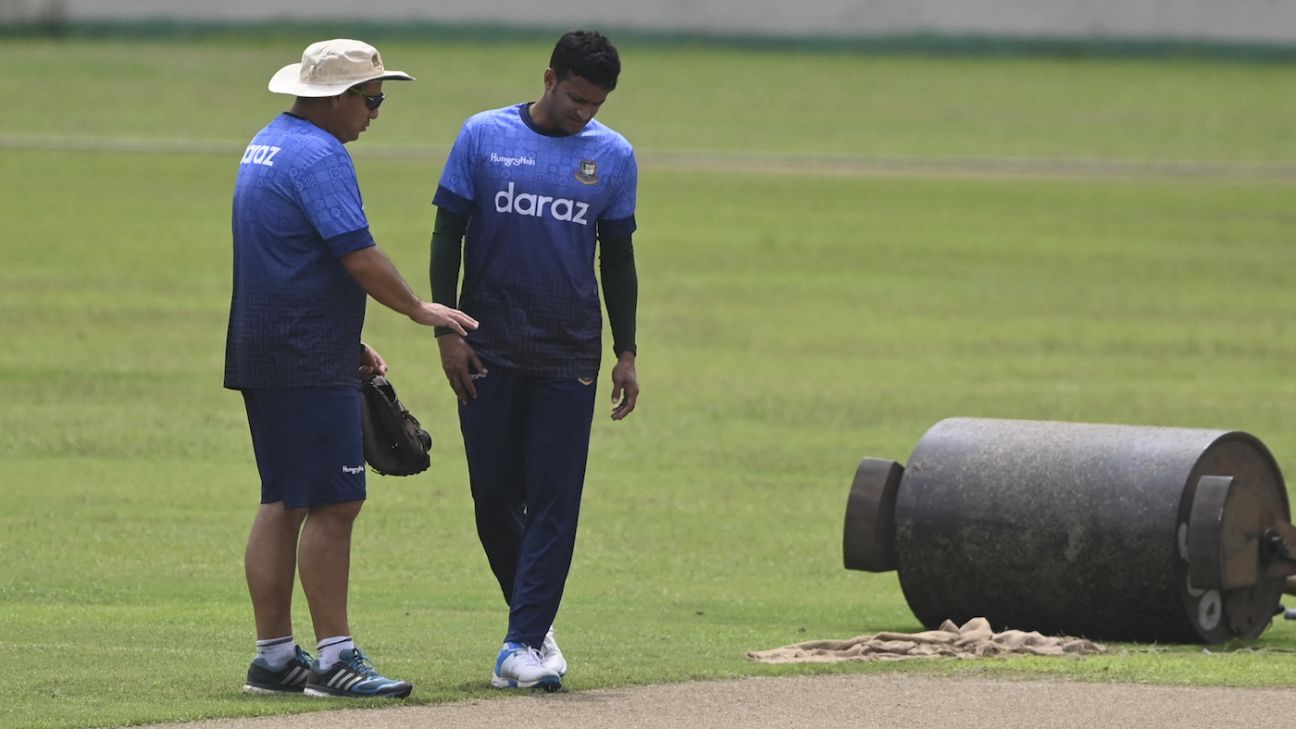 “Our team will be in Oman at least 15-16 days before, which is enough time for acclimatising with conditions and wickets.”

Shakib Al Hasan believes Bangladesh have more than enough time to prepare for the T20 World Cup, and that the team will head to the upcoming tournament in UAE and Oman having built a “winning mentality” following recent series victories against Australia and New Zealand.

Bangladesh will arrive in Muscat at least two weeks ahead of their first match, while Shakib and Mustafizur Rahman will be playing the IPL’s UAE phase, which Shakib feels will help him collect intelligence for the team.

“I am hopeful that the IPL will help everyone,” Shakib said. “We will be spending time in those conditions, play matches too. Mustafiz and I can share the experience with the rest of the team. We will understand the other players’ mindset, what they are thinking about the World Cup, and then report it back to our players.

“Our team will be in Oman at least 15-16 days before the World Cup, which is enough time for acclimatising with conditions and wickets. I don’t think pitches and conditions here will have any impact over there. We have built a winning mentality, which will help us be confident in the World Cup.”

Shakib, however, continued to criticise the pitches at the Shere Bangla National Stadium where Bangladesh won the last two T20I series against Australia and New Zealand.

Shakib was one of four batters to score more than 100 runs in the two series, averaging 17.66 with a 97.54 strike-rate batting in the top-order in nine games. The collective batting average in both series were 14.73 and 16.48 respectively.

Shakib had said after the first match against New Zealand that the pitch was more difficult than the ones used in the Australia series. He said that the batters will have to forget about playing in Dhaka if they are to do well in the T20 World Cup.

“Those who played the last nine-ten matches, are all out of form. That’s how the wicket was. Nobody did well. I hope the batters don’t count this performance.

“Careers will end if any batter plays 10-15 matches on these wickets. Let’s not take this into account. Everyone will try hard to win games for the country.

“I think we are well prepared, by winning these last three (T20I) series. There’s been a lot of criticism about pitches and low scores, but there’s nothing better than winning.

“Such a winning streak takes confidence to a different level. You wouldn’t have it if you played well but lost. We want to go to the World Cup with confidence.”