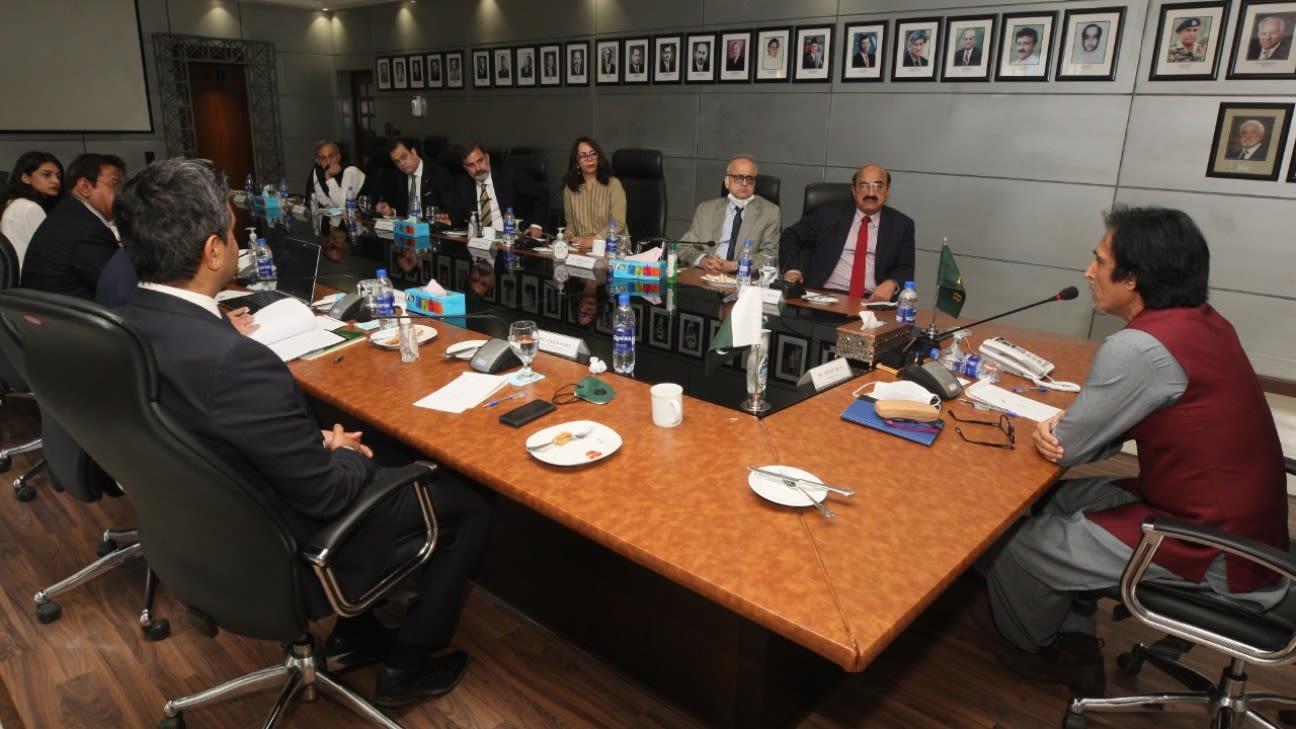 Former Pakistan batter Ramiz Raja has formally been elected PCB chairman for a term of three years after winning an unopposed election. As widely expected, he was the only one to have submitted his nomination papers for the post and voted in by six PCB governing board members.

Nominated directly on August 27 by Pakistan’s prime minister and the PCB’s patron-in-chief Imran Khan, Ramiz was always a favourite for the role after it became apparent Ehsan Mani would not continue. This is the 36th term of a PCB chairman, and Ramiz is the 30th person to assume the role. Ramiz is the fourth Test cricketer to become chairman after Ijaz Butt, Javed Burki and Abdul Hafeez Kardar. Retired judge Sheikh Azmat Saeed – an election commissioner nominated by Imran – oversaw the process that resulted in Ramiz officially ascending to the role of chairman.

Ever since his nomination, Ramiz has actively been meeting with players and PCB officials. He is also understood to have had significant involvement in the selection of Pakistan’s upcoming T20 World Cup squad. Hours after the squad was announced, head coach Misbah-ul-Haq and bowling coach Waqar Younis submitted their resignations.

Ramiz has significantly different administrative challenges today when compared to 17 years ago. The PCB has not yet replaced the national coaching staff with the T20 World Cup a month away. Broadcasting and commercial rights for the Pakistan Super League, presently the top revenue generator for the PCB, are also up for renewal. The PCB has made progress in making international tours to Pakistan a regular occurrence, and continuing that trend is likely to remain a key priority.

Over the last three years, the PCB has remodelled the domestic circuit, reducing the number of teams from 16 to six, and has even eliminated departments altogether. Presently, all six associations have nominated board members. Ramiz has indicated he would like to change that by making them self-sufficient associations so they can have their own elected body instead of direction nominations. Ramiz is due to hold a press conference later today, his first as chairman.

This is Ramiz’s second stint with the PCB. Previously, he served as the PCB chief executive from 2003 to 2004. He played a pivotal role in ensuring India’s historic tour of Pakistan in 2004 was carried out without hassle. He made radical changes to the domestic system, bringing regions to the fore without ridding the system of departments. He also played a role in bringing in central contracts for Pakistan players, but had left by the time they came into effect.

After ODI and Test series losses against India, Ramiz helped bring in Bob Woolmer as Pakistan’s head coach, arguably his crowning achievement at the PCB. He also oversaw the launch of the National Cricket Academy before resigning from the position in August 2004 when several conflicts of interest – most notably his decision to continue working as a commentator – made his position untenable.

He has since made his name as Pakistan’s premier commentator, featuring in nearly every national series, home and away. However, unlike in 2004, he will give up his commentary duties during his time at the administrative helm of Pakistan cricket.