News24.com | The world’s shippers are earning the most money since 2008 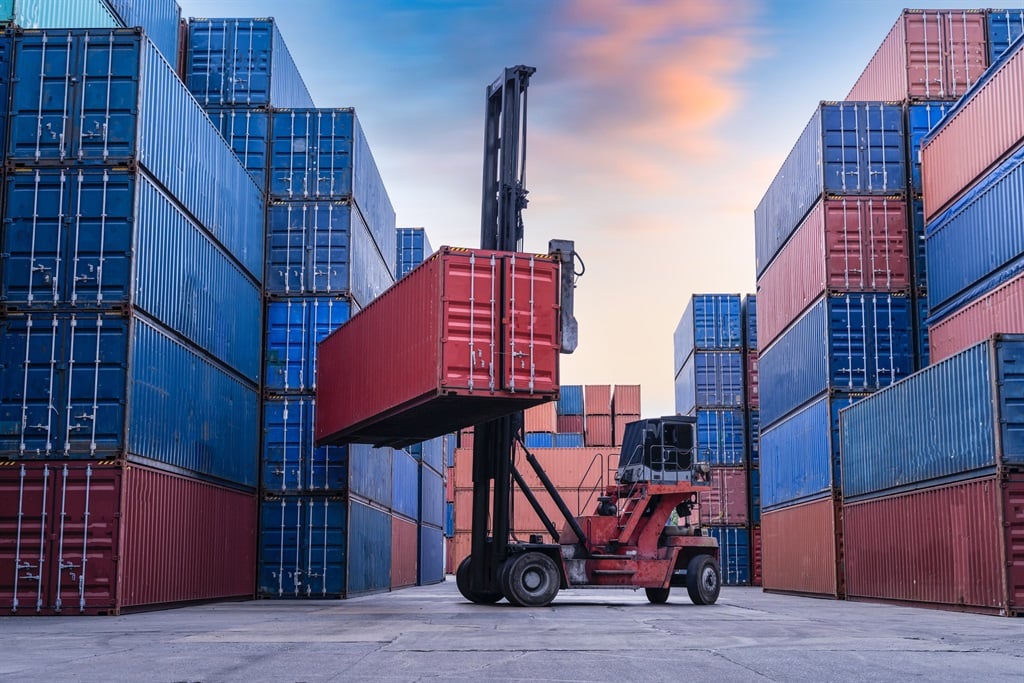 A booming demand for goods and supply chain disruptions caused by Covid-19 has given the shipping industry one of its best years.
Photo: Getty Images

The global shipping industry is getting its biggest payday
since 2008 as the combination of booming demand for goods and a global supply
chain that’s collapsing under the weight of Covid-19 drives freight prices ever
higher.

Whether its giant container ships stacked high with of
40-foot steel boxes, bulk carriers whose cavernous holds house thousands of
tons of coal, or specialized vessels designed to pack in cars and trucks,
earnings are soaring for ships of almost every type.

With the merchant fleet hauling about 80% of world trade,
the surge reaches into every corner of the economy. The boom back in 2008
brought with it a huge wave of new vessel orders, but the rally was quickly
undone by a demand collapse when a financial crisis triggered the deepest
global recession in decades.

This boom’s causes are twofold – an economic reopening after
Covid that has spurred surging demand for goods and raw materials. Alongside
that, the virus continues to cause disruption in global supply chains, choking
up ports and delaying vessels, all of which is limiting how many are available
to haul goods across oceans. That’s left the majority of the shipping sector
with bumper earnings in recent months.

The bonanza is centered around container shipping – where
rates are spiraling ever higher to new records, but it is by no means limited
to it. The shipping industry is posting its strongest daily earnings since
2008, according to Clarkson Research Services Ltd., part of the world’s biggest
shipbroker. The only laggards are the oil and gas tanker markets, where more
bearish forces are at play.

“I’m not really sure the perfect storm covers it – this
is just spectacular,” said Peter Sand, chief shipping analyst at trade
group Bimco. “It’s a perfect spillover of a red-hot container shipping
market to some of the other sectors.”

Container shipping remains the star. It now costs $14,287 to haul a 40-foot steel box from China to Europe. That’s up more than 500% on a year earlier and is pushing up the cost of transport everything from toys to bicycles to coffee.

Those gains are already showing in the earnings of A.P.
Moller-Maersk A/S, the world’s largest container line, which hiked its
estimated profits this year by almost $5 billion last month.

In a sign of just how profitable the industry has become,
CMA CGM SA – the world’s third largest carrier – said it is freezing its spot
rates to preserve long-term client relationships. In other words, the company
is turning away profit.

While the demand for retail goods is lifting container
markets, a recovering global economy is also churning through more raw
materials – boosting the revenues of bulk ships that carry industrial
commodities. In that sector, earnings recently hit an 11-year high and are
showing little sign of abating down the line with consumption expected to
remain firm for the rest of the year.

Such is the extreme strength across shipping that some bulk
carriers have even turned to carrying containers on their decks. Golden Ocean
Group Ltd. is among the companies that said it’s looking at the idea. While it
could spur additional profits in an already windfall year for owners, its not
without its risks as bulk carriers aren’t designed to carry the giant boxes.

“It tells a story about the special situation we are
in,” in the container market, Golden Ocean’s chief executive officer Ulrik
Andersen said earlier this month.

While for many shipping sectors Covid has brought a boom,
for oil tankers it has meant loss-making trades for much of 2021 and owners
effectively subsidizing the shipment of crude oil.

With OPEC+ still keeping a chunk of supply offline there are
too many ships and too few cargoes, keeping earnings depressed. That has burned
one of the hottest trades in the sector at the start of the year – bullish oil
tankers positions on the hope of a summer surge in oil demand.

Still, with on land oil inventories declining, analysts
continue to anticipate a rebound. Rates could begin to move higher in October
as stockpiles dwindle and demand for tankers grows, Pareto Securities analysts
including Eirik Haavaldsen wrote in a note to clients.

But for now, the tanker market remains the only blot for an
industry where freight capacity ever tightening. The ClarkSea index, which
tracks daily earnings across a diverse range of shipping sectors has already
posted its longest run of monthly gains on record.

Those bumper earnings are also being seen in more esoteric
markets too. Car carriers now cost the most to hire since 2008. Rates for
general cargo ships with heavy equipment are also surging, adding to a boom
that is being led by container and bulk shipping.

“The charter rates reported in containers are crazy and
it’s the same for dry bulk,” said Alexandra Alatari, a shipping analyst at
Arrow Shipbroking Group. “The fundamentals are so strong they support
rates that would be the peak of any other year.”

Get the biggest business
stories emailed to you every weekday.
Go to the Fin24 front page.