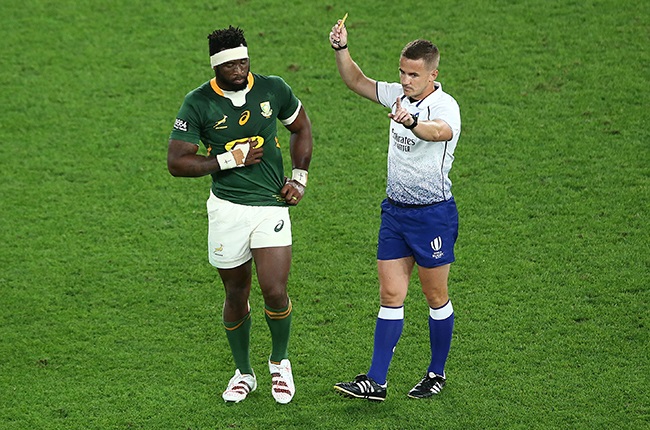 Springbok captain Siya Kolisi says “it was just not our day today” following Sunday’s 28-26 loss to the Wallabies in Queensland.

This was South Africa’s first defeat of the 2021 Rugby Championship, and they now face an uphill battle if they are to dethrone the All Blacks and secure the title.

The Boks are second on the log with 10 points, five behind New Zealand on 15, at the competition’s halfway stage.

They will play Australia once more and New Zealand twice.

While they were far from their best in most departments on Sunday, the Boks were particularly poor with their discipline in critical areas of the park. They allowed Wallabies flyhalf Quade Cooper seven penalty shots at goal, and he converted them all for a total of 23 points off the kicking tee.

Meanwhile, South Africa struggled to convert opportunities into points. They lost 10 points through four missed kicks at goal – two penalties and a conversion from Handre Pollard and one missed conversion from replacement flyhalf Damian Willemse.

The Boks, world champions and British & Irish Lions series winners, entered the match as overwhelming favourites, but Kolisi is not reading too much into the result or performance.

“They took every opportunity they were given, so well done to them,” Kolisi said of the Wallabies.

“They always pitch up when we play them, and it’s always difficult to play them here.

“Getting yellow cards is something that we rarely do, so to get two in one day is disappointing.

“We know what we need to fix. We’ll watch the game back tomorrow, and we have a short week, and we’ll go again.”

Turning his attention to the struggles off the kicking tee, Kolisi was not overly concerned.

“We all have our days, in everything,” Kolisi said.

“It was just not our day today. It’s as simple as that, and I don’t think there is anything deeper than that.”

“I don’t think a kicker ever goes out to miss a kick, and, in fairness, Handre was quite good in the warm-up,” said Nienaber.

“Nobody goes out to make an error… it is what it is.”

How Husband-Wife Team Built $12 Billion Fortune With A Startup