Meet the youngest and first female RJ from north Kashmir 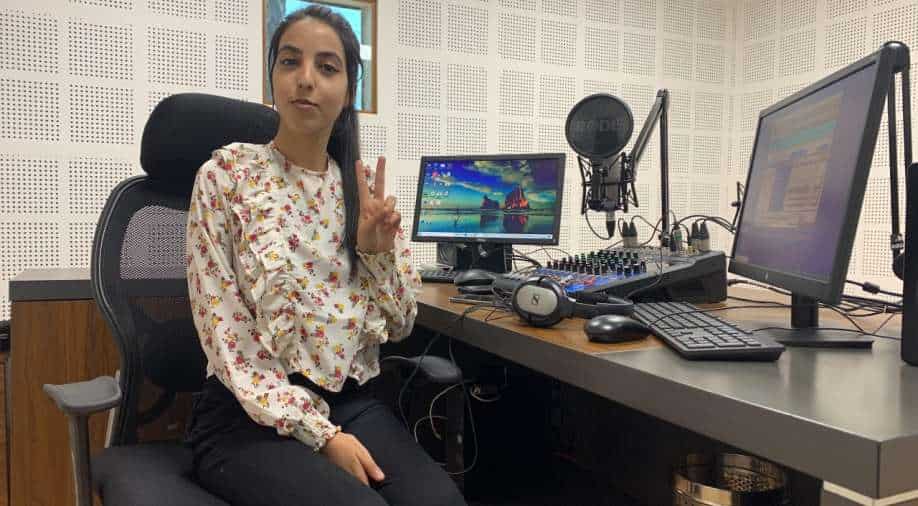 The valley of Kashmir is being enthralled by a young voice these days. Every morning, the 20-year-old female radio jockey would take up issues faced by women and discuss the grievances of locals on her show to get their matters resolved.

Samaniya Bhat is the youngest radio jockey in the valley and the first female RJ from north Kashmir.

She recently graduated from Baramulla College in Mass Communication and Journalism and has been working with Radio Chinar 90.4 FM since February this year.  The radio station auditioned more than 250 candidates before signing her for the position.

Samaniya has also become a champion of issues related to women. She hosts a show called Halla Bol, where she speaks to young achievers— mostly women—from north Kashmir. The station is fast becoming a voice for the people from the region.

“I was always told by my teachers to take up radio jockeying, but I wasn’t keen. But then I got a call for the auditions one day, and finally got selected. And here I am, loving every bit of it. Radio is a very creative field. When you get to speak to listeners, you get to know what’s happening in their lives. I get calls and they discuss their problems. There was a girl recently who spoke about how she wasn’t allowed to study further after graduation and was made to sit at home. She told me that whenever she listens to me, it gives hope,” she said.

Samaniya has become an inspiration for the youth in the valley. She is the first one from her area to take up radio jockey as a profession. She says she has pushed the barrier and wants other girls to follow their dreams, too.

“Most of the time, I get calls from women. They get happy whenever they talk to me. They sometimes think that I am an old lady and usually get inspired by my story. I am from the old town of Baramulla, and not many girls from the area take up such a profession. I am the first girl from Baramulla to work as an RJ. A lot of girls now want to do things which are different. Most of them who call me say that they would have been married off otherwise after graduation, but are now resisting their families and pursuing further studies. My advice to many such women is: always listen to your heart and do what you want to do,” she said.

The radio station is based out of North Kashmir’s Sopore town and is run by a team of four youngsters. The station has become a hit within a short span of time. The station mostly takes up local issues and has gained a lot of popularity due to that.

“It’s becoming famous with each passing day. We talk about the local issues and grievances, and we raise them with the local administration to get those issues resolved. We also give a platform to the locals to showcase their talents. They appreciate this part of radio Chinar,” said Sahil Muzaffar, radio jockey and station head of Radio Chinar.