Julia Roberts, Mahershala Ali to star in Netflix movie ‘Leave the World Behind’ 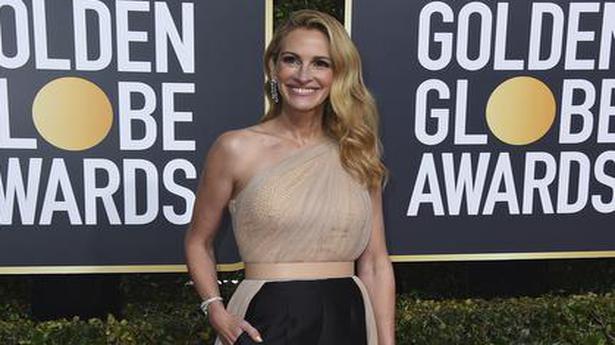 Oscar winner Mahershala Ali will star opposite Julia Roberts in the Netflix family drama “Leave the World Behind”.

Also Read | Get ‘First Day First Show’, our weekly newsletter from the world of cinema, in your inbox. You can subscribe for free here

Hollywood veteran Denzel Washington was earlier in talks for one of the lead roles in the project, which was first announced back in July 2020, but now Ali will play that part, reported Deadline.

The movie is based on the novel of the same name by author Rumaan Alam.

“Mr Robot” creator Sam Esmail is attached to direct and adapt the book.

“Leave the World Behind” follows two families, strangers to each other, who are forced together on a long weekend gone terribly wrong.

Roberts will play the mother of the family that rents a house and Ali will portray the homeowner. The story will explore the themes of parenthood, race, and class.

The film will be produced by Roberts through her Red Om Films banner and Esmail and Chad Hamilton through Esmail Corp. Alam will serve as an executive producer.

Ali, who has won two Oscars for his performances in “Moonlight” and “Green Book”, will also next feature in Apple Studios film “Swan Song”.

Set in the near future, “Swan Song” is a powerful, emotional journey told through the eyes of Cameron (Mahershala Ali), a loving husband and father diagnosed with a terminal illness who is presented with an alternative solution by his doctor (Glenn Close) to shield his family from grief. As Cam grapples with whether or not to alter his family’s fate, he learns more about life and love than he ever imagined.

“Swan Song” explores how far we will go, and how much we’re willing to sacrifice, to make a happier life for the people we love. The emotionally compelling and thought-provoking film is helmed by Academy Award-winning filmmaker Benjamin Cleary.

The actor will also soon star in Marvel Studios movie “Blade”, to be directed by Bassam Tariq.