Inglis receives some Dutch intel ahead of journey into the unknown 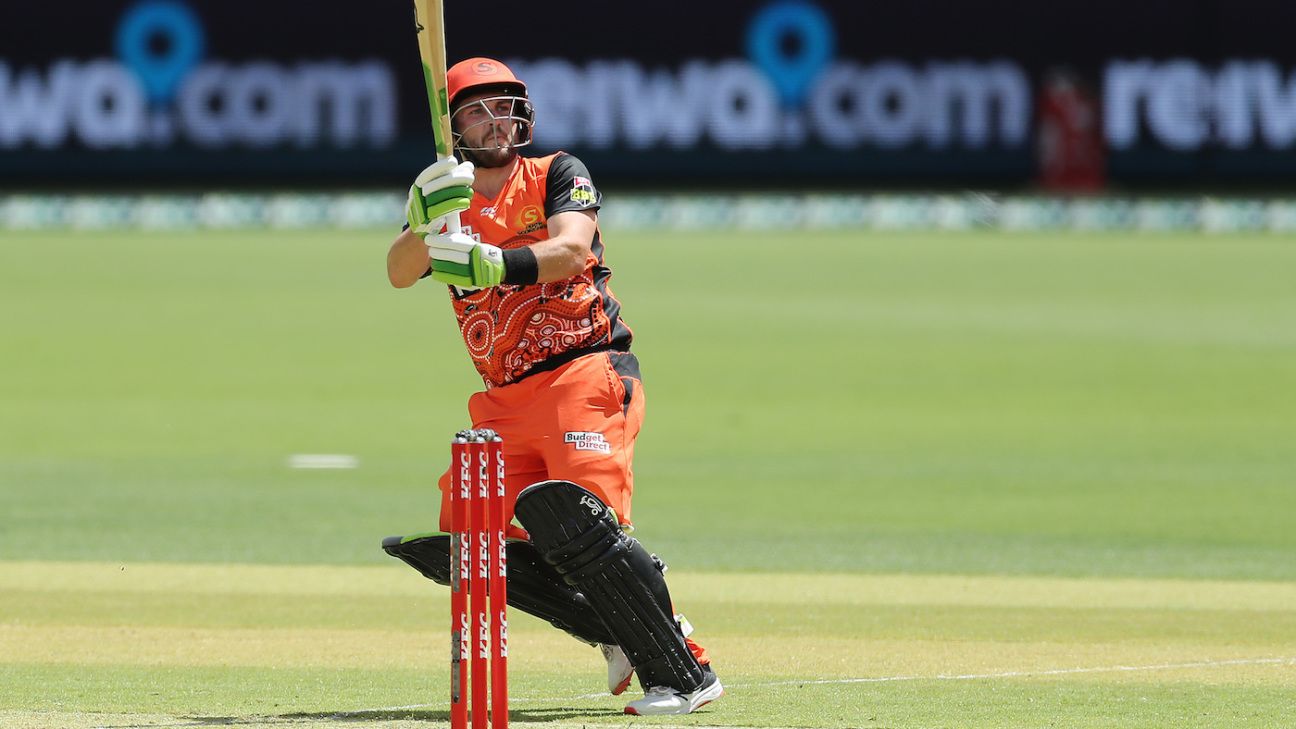 Inglis hasn’t even had the chance to mingle with his fellow Australian players and coaches yet, to glean some insights on what is to come, having been confined to his hotel room for six days quarantine after flying to Abu Dhabi from Perth.

But Inglis does have one man in his corner who has already ensured he is not flying completely blind.

Former Netherlands and Western Australia batter Michael Swart was a key mentor in Inglis’ youth when he was making his name in Perth grade cricket for Joondalup.

Swart played in the 2014 T20 World Cup in Bangladesh, opening the batting in the famous humiliation of England, and played 9 of his 26 T20 internationals in the UAE.

Inglis received a call from his former Joondalup captain last week and received some valuable intel.

“Obviously, he’s played plenty of cricket for the Netherlands and played in these conditions so he did explain a fair bit about Abu Dhabi and Dubai’s wickets and what they were like,” Inglis said. “So it’s nice to have him as a bit of a sounding board, and a mentor as well so it’s been great.”

Swart told ESPNcricinfo that he simply relayed his specific experiences on Sheikh Zayed Stadium in Abu Dhabi and Dubai Stadium.

“As you saw in the IPL recently, the game slows down a lot after the powerplay,” Swart said. “I just let him know that the first six overs are the time to really cash in but after that the wicket slows up a lot and it’s very hard to come down the wicket to the spinners and that his sweep shots are so important to get off strike and manipulate the field. It’s easy to get stuck down one end there and the sweep shot is so vital to get off strike.”

Swart, 13 years Inglis’ senior, had a big impact on the 26-year-old at Joondalup. Inglis had a prolific summer as a 21-year-old under Swart’s captaincy, scoring 1137 first grade runs and four centuries including 246 in the final to secure Joondalup the title. That led to him earning a contract with Justin Langer’s Western Australia squad.

Although Inglis has barely batted in the middle order in his T20 career – just 13 of his 57 professional innings have been batting at No.4 or below – he was added to the Australia World Cup squad due to his proficiency against spin in the middle overs having caught the attention of Ricky Ponting among others during last season’s BBL.

Despite his limited exposure at the professional level, he batted a lot in the middle order for Joondalup in white-ball cricket, forming a formidable partnership with Swart when batting with five men outside the circle. It was an experience Inglis believes was incredibly valuable.

“I just remember times where we were playing grade cricket together and there was situations where we just really needed to soak up some pressure and he was just really smart and thought through situations really clearly and it was nice to be able to have that at the other end as a young kid, starting out,” Inglis said. “He was brilliant for my game in that sort of sense. Not so much technique-wise but more just thinking through situations and mindset and that sort of thing.”

Inglis appears unlikely to start in the World Cup as Matthew Wade is Australia’s first-choice wicketkeeper. Wade is preparing himself to bat in the middle order and the Australian selectors see him as essential because of a lack of left-handers in the top seven.

But it is possible Inglis could play as a specialist bat in the side, or if Australia run aground early in the tournament against spin in the middle overs. Swart believes he has what it takes to dominate at international level.

“I think the most important thing is he backs himself and his game,” Swart said. “He is one of the hardest workers going around and because of the work he has done he has amazing confidence in his ability. He’s always been one to go towards tough situations rather than shy away. He’s someone with 100 per cent confidence and zero per cent arrogance.

“I think he has a big future in international cricket. His greatest asset is that he hits the ball 360 degrees and has a great sweep and reverse sweep game. I think that’s going to help him get out of pressure situations after the powerplay.

“All in all, he’s the ultimate professional and someone you want to play alongside. Last week he was down at club cricket throwing balls to kids. That’s the kind of bloke he is really. I can’t wait for him to show the world stage what we have known for years. He’s a gun.”