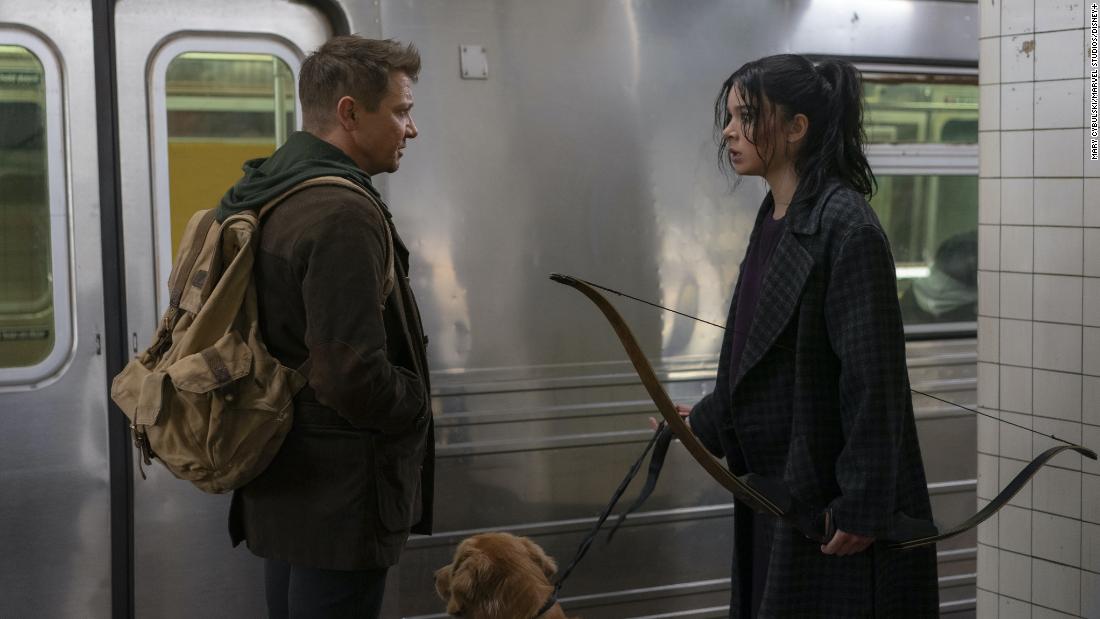 The Marvel series is coming to Disney+ right before Thanksgiving and here’s what you need to know.

It stars Jeremy Renner and Hailee Steinfeld and it’s the fourth live-action Marvel Studios show to hit the streaming service.

Previous series include “Loki,” “The Falcon and the Winter Soldier,” and “WandaVision.”

The series will premiere on November 24.

A previous version of this story misspelled Renner’s name. It has been corrected.