From The Morning Show to Alma’s Not Normal: The best on demand TV to watch this week 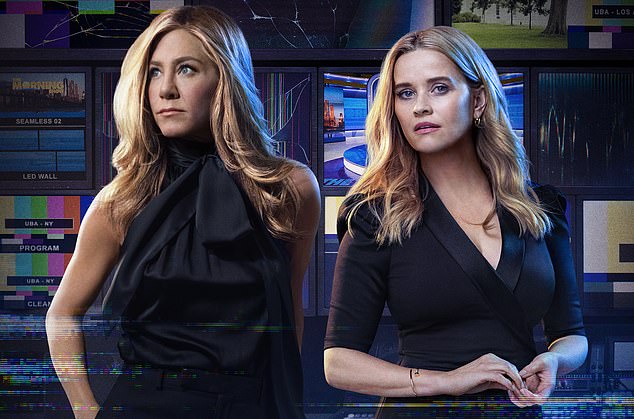 This was one of the first Apple TV+ original shows and is a hugely entertaining, pacy drama about a news programme. Jennifer Aniston is tremendous as the show’s co-host Alex Levy – a ‘charming narcissist’, according to her husband – whose future looks rocky when fellow presenter Mitch Kessler (Steve Carell) is fired over sexual misconduct.

Levy doesn’t hit it off with Kessler’s unpredictable replacement, Bradley Jackson (Reese Witherspoon). At the start of series two, Alex has gone. Can they get her back?

Do they want to? Apple TV+, from Friday

Jack Whitehall: Travels With My Father

We’ve seen Whitehall and his dad Michael jet off around the world during the previous four series, but for the final run they’re staying closer to home. Expect a few touching moments among the arguments as they visit sites across England, Scotland and Wales. 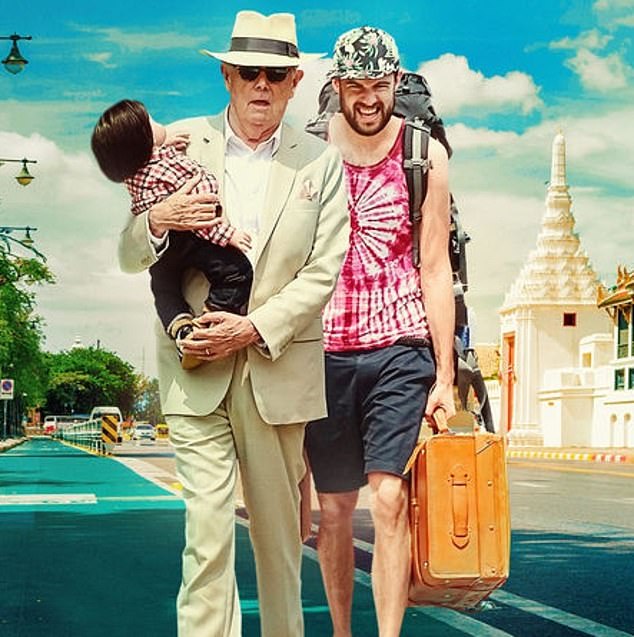 We’ve seen Jack Whitehall and his dad Michael (above) jet off around the world during the previous four series, but for the final run they’re staying closer to home

Among the highlights are a dinner with Gordon Ramsay, and a hair-raising Spitfire flight. Netflix, from Tuesday

Crime series with a healthy dose of gallows humour. Babou Ceesay plays Professor Wolfe Kinteh, a talented if mercurial genius who leads a team of misfit forensics experts in the north of England.

Amanda Abbington also stars in a series that isn’t for the faint-hearted. All episodes are now available as a box set. NOW, from Sunday

The clever, funny and heartwarming comedy drama returns for series three following the trials and tribulations of Otis (Asa Butterfield), the son of a sex therapist who offers advice for cash to fellow pupils at his school. 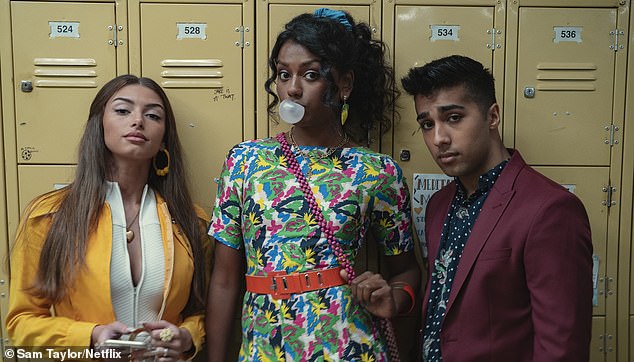 This show (with Mimi Keene, Simone Ashley and Chaneil Kular, above), which should be compulsory viewing for all teenagers, will also appeal to older viewers

Trouble is, he’s had little experience himself. This show, which should be compulsory viewing for all teenagers, will also appeal to older viewers – the adults have relationship dramas too: in the new series, Otis’s mum (Gillian Anderson) finds herself pregnant. Netflix, from Friday

A family of South Korean immigrants moves to Arkansas to be farmers. A story about their experience and the American dream, it received six Oscar nominations. Yuh-Jung Youn won, becoming the first Korean actor to do so. NOW, from Sunday

Everybody’s Talking About Jamie first made waves when it debuted in 2017 in the West End. Based on true events, the story follows 16-year-old student Jamie New (newcomer Max Harwood), an optimist who dreams of becoming a drag queen.

His pursuit of stardom is met with prejudice and family heartache, but with support from his mum (Sarah Lancashire) and friend Pritti (Lauren Patel), Jamie walks tall into the spotlight. Amazon, from Friday

Paul Abbott’s cracker of a police show with great storylines, anarchic characters plus black humour. The three series are set in a Manchester police division headed by DI Viv Deering (Joanna Scanlan) and a team including Elaine Cassidy and Will Mellor who investigate the murders of women with Down’s syndrome, a gang boss and a far-Right movement. All 4, from Wednesday

It’s eight years since Michael Schumacher suffered a brain injury in a skiing accident. Little is known about his current condition but, according to his wife Corinna in this documentary, Michael is ‘here, different, but here’. 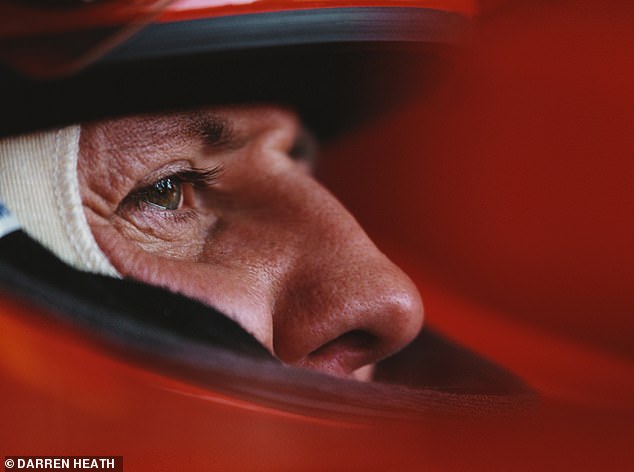 It’s eight years since Michael Schumacher (above) suffered a brain injury in a skiing accident. Little is known about his current condition but Michael is ‘here, different, but here’

It uses archive interviews with Schumacher and previously unseen footage to chart his grand prix career. Netflix, from Wednesday

Based on a true story, this compelling political drama stars Michael Keaton as mediator Kenneth Feinberg, who led the September 11 Victim Compensation Fund. The film focuses on his efforts to work out how much the family of each victim should receive, as well as his relationship with grieving community organiser Charles Wolf (Stanley Tucci), who helps him realise the true human cost involved in the atrocity. Netflix, now

They are both ruthless and this is a high-octane business drama about greed and obsession. NOW, Series 5 and box set available now

Helen Mirren and Julie Walters lead an excellent cast in the fact-based feelgood story of a group of middle-aged women who produce a nude calendar to raise money for charity.

The 1999 teen romcom retelling of Shakespeare’s The Taming Of The Shrew made stars of Julia Stiles and Heath Ledger.

When Whoopi Goldberg’s nightclub singer witnesses a mob murder, for her own protection she has to hide out in a convent headed by Maggie Smith’s Mother Superior. Cue hilarity in a habit.

Wes Anderson directs an all-star cast including Ralph Fiennes, Adrien Brody and Saoirse Ronan in an eccentric, fantastical fable about the concierge of a celebrated hotel. 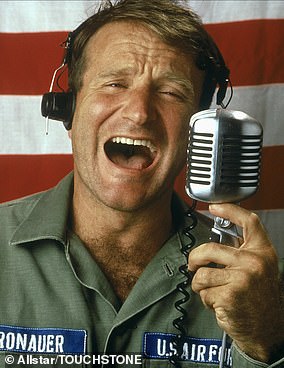 Robin Williams (above) at his mercurial, ad-libbing best

An irreverent DJ broadcasting to US forces in Vietnam during the war falls foul of his superiors. Robin Williams at his mercurial, ad-libbing best.

John Cusack and Minnie Driver star in this 1997 black comedy about a professional hitman attending a ten-year reunion at his old high school while he’s also on a job.

The 1988 fantasy comedy, about a 12-year-old boy whose wish to be grown-up is granted, earned Tom Hanks his first Oscar nomination.

The dysfunctional Simpson family are as funny as ever in this story about Homer causing Springfield to be sealed off from the rest of the world.

Anne Hathaway’s Andy is an aspiring journalist who lands a job as an assistant to Miranda Priestly (Meryl Streep), the terrifying editor-in-chief of Runway, a posh fashion magazine.

Following last year’s Bafta-winning pilot, that and the first full series of Sophie Willan’s sitcom is here at last. Willan stars as Alma, a newly single young woman from Bolton who is desperate to kick-start her life. 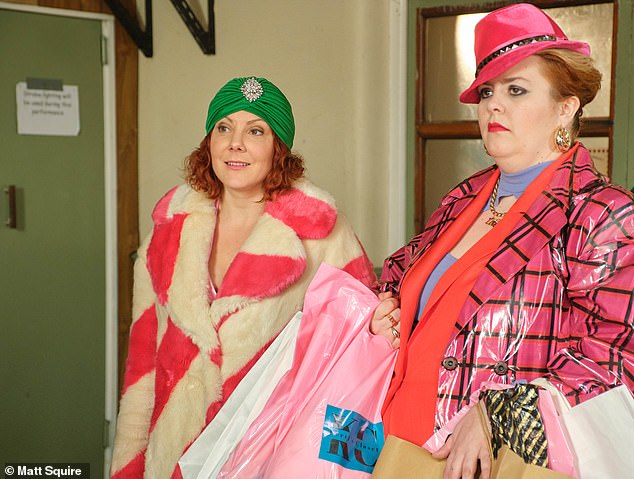 Sophie Willan (above, with Jayde Adams as Leanne) stars as Alma, a newly single young woman from Bolton who is desperate to kick-start her life

However, having no job or any qualifications could be a hindrance. But things never keep Alma down for long. BBC iPlayer, from Monday

Patrick Robinson stars in the story of his Jamaican-born half-brother Anthony Bryan, who was mistakenly classed as an illegal immigrant by the Home Office, despite having lived in the UK for 50 years. BBC iPlayer, from Thursday

9/11: Inside The President’s War Room

In his 2004 film Fahrenheit 9/11, Michael Moore mocked the seven minutes President Bush sat silently in a Florida schoolroom after being told a plane had crashed into the World Trade Center.

Now, in revealing close-up, Bush himself tells why he didn’t rush out of the room. All the details that weren’t released at the time are here: we learn how Bush’s aides thought he was the next target, why he stayed on Air Force One for so long (turns out he was repeatedly restrained from returning to Washington) and why he believes his actions in Afghanistan were the right thing to do. BBC iPlayer, now

If I Could Tell You Just One Thing 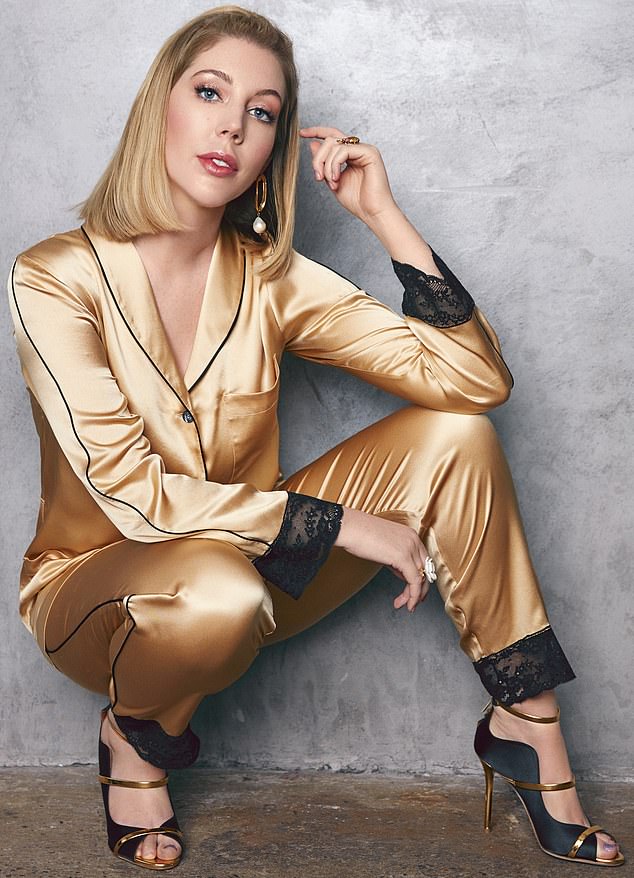 Guests, including Dame Joan Collins, actress Nicola Coughlan and comedian Katherine Ryan (above), reveal the single piece of advice that encapsulates their success

Directed by the creator of Mare Of Easttown, this is a three-hander that, unlike most post-apocalyptic dramas, moves at a stately, glacial, even pace. Ann (Margot Robbie, star of Mary Queen Of Scots and The Wolf Of Wall Street) is a religiously devout woman living alone in a sheltered valley after a nuclear disaster.

When John Loomis (Chiwetel Ejiofor, star of 12 Years A Slave and 2012) turns up, the pair grow close, until another survivor, Caleb (Chris Pine), appears and wants Ann to be with him. 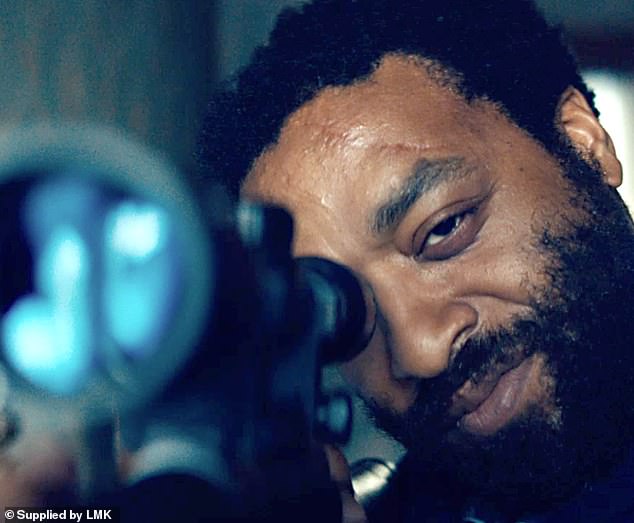 When John Loomis (Chiwetel Ejiofor, above, star of 12 Years A Slave and 2012) turns up, the pair grow close, until another survivor, Caleb (Chris Pine), appears and wants Ann to be with him

Despite being perhaps the last three people on Earth, jealousy takes root and tensions grow. BBC iPlayer, from Sunday

Newly graduated Benjamin Braddock (Dustin Hoffman) doesn’t know what he’s going to do with the rest of his life but he’s pretty sure he doesn’t want to take the advice of his parents’ friend and go into ‘plastics’.

What he does do is begin an affair with Mrs Robinson (Anne Bancroft), the wife of his father’s business partner. Mike Nichols’ classic comedy was the most successful film of 1967 and has been endlessly parodied.

The soundtrack’s pretty good too. BBC iPlayer, from Friday

Why is there such a buzz about..?

Netflix picked up this Spanish crime show at the end of 2017 and it quickly became a huge, global hit. Now the final part is being released in two five-episode batches, the first of which has just arrived and the second due on December 3.

Money Heist is essentially a crime caper in which a gang of robbers, all wearing red jumpsuits and Salvador Dalí masks, carry out increasingly audacious robberies. 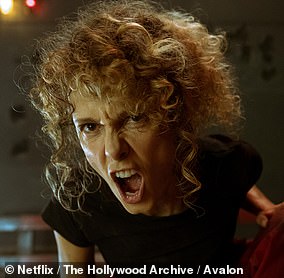 The first two seasons revolved around a raid on the Royal Mint of Spain and the growing relationships among the team. In the third and fourth, one of their number is captured by the police and, in a complicated scheme to secure his release, the gang gets back together to attack the Royal Bank of Spain.

The show has prompted debate about its politics. Is it anti-capitalism? Advocating anarchism? Just how feminist is it? And some have criticised its melodrama and found it cartoonish, but most viewers are happy to simply enjoy the stylish spectacle.

Season five follows from the cliffhanger that the previous season finished on, and there is high drama and explosive action from the very beginning.