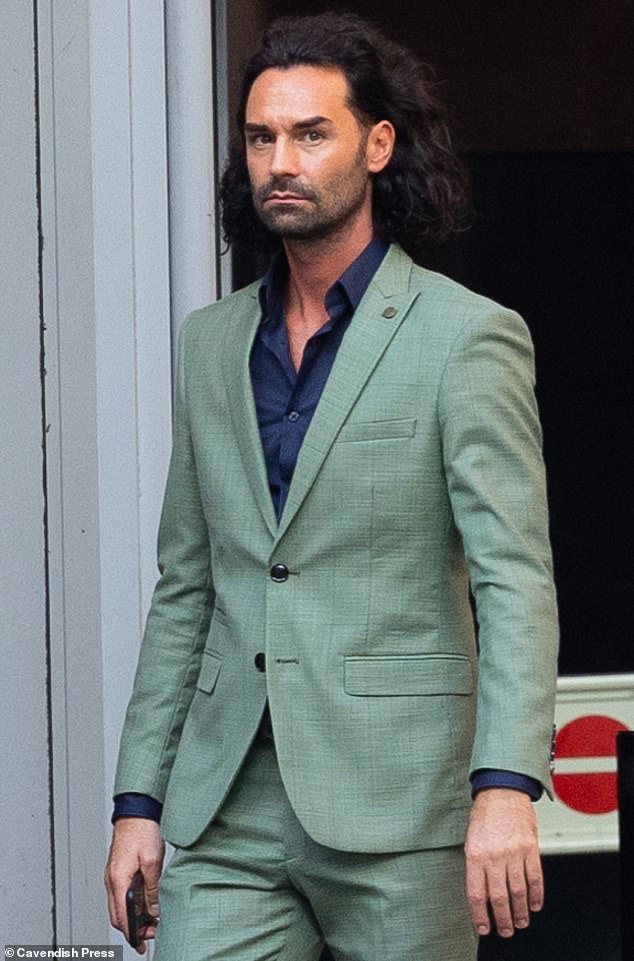 Former Manchester United footballer Chris Eagles has joined Alcoholics Anonymous after he was found drunk in the drivers’ seat of his £70,000 Audi.

The father-of-two, 35, was shoeless when police found him slumped over his steering wheel outside the home of his then-girlfriend Jennifer Metcalfe at 3am.

A police breath test found Eagles was almost three times the legal alcohol limit when he was found by officers at the scene in Broadheath, near Altrincham.

At Manchester Magistrates’ Court this week, Eagles claimed he needed his vehicle to take his two children to school.

Eagles admitted being drunk while in charge of the Q7 vehicle and said he was attending AA meetings after splitting up with his Hollyoaks star girlfriend earlier this month following a series of rows.

Once Alex Ferguson’s top pick, Eagles has suffered a dramatic fall from grace with a flurry of controversies including fiery bust-ups with then-captain Roy Keane and former manager Dougie Freedman.

Chris Eagles (pictured outside court), 35, was shoeless when he was found slumped over his steering wheel outside the home of his then-girlfriend Jennifer Metcalfe at 3am 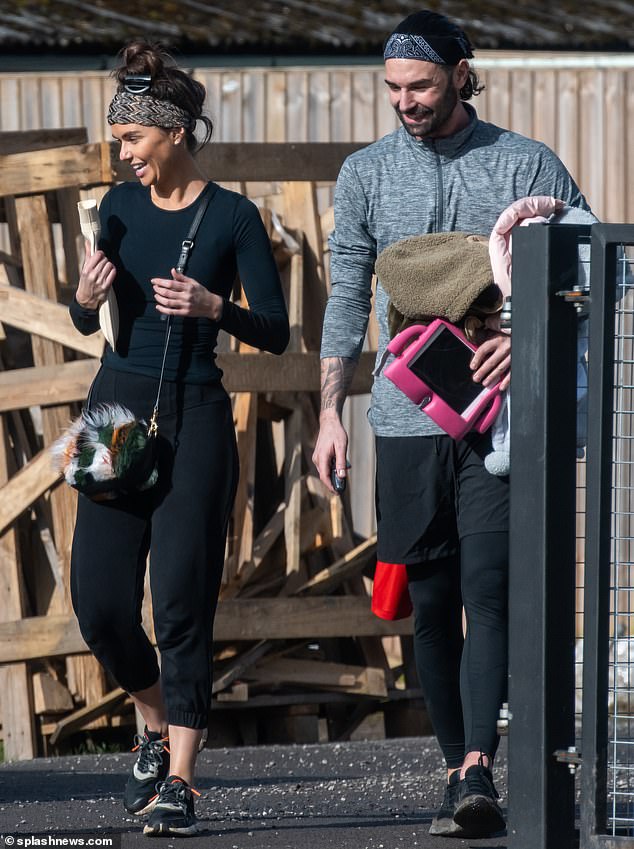 Ms Metcalfe and Eagles were pictured leaving Warrior Club in Cheshire in February this year, where they spent 55 minutes at the gym together

The former footballer was banned from driving for three months, fined £1250 and ordered to pay £275 in costs and surcharges.

The court heard the arrest took place on March 21 after a man called Ben Bishop contacted police at 3.15am after speaking with Eagles.

Mr Bishop found the player sat in the car asleep with his seat belt buckled and the engine turned on.

Prosecutor Nick Smart told the hearing: ‘In the small hours of the morning, at 3:13, police received a call to report a potential drink driver.

‘The car that was thought to be under suspicion was a black Audi Q7. The information was passed to officers who were on patrol. Two officers located the vehicle and they saw the engine was running.

‘The defendant was sat in the driver’s seat, slumped over the steering wheel. They smelled intoxicants coming from inside the vehicle. They roused the defendant. He appeared to be sleeping. He was slurring his words. Officers thought he would be unable to provide a specimen. So, they took him to the local police station.’

The court heard Eagles, who lives in a £3million house in Bowdon, Cheshire, already had three points on his licence following a speeding conviction. 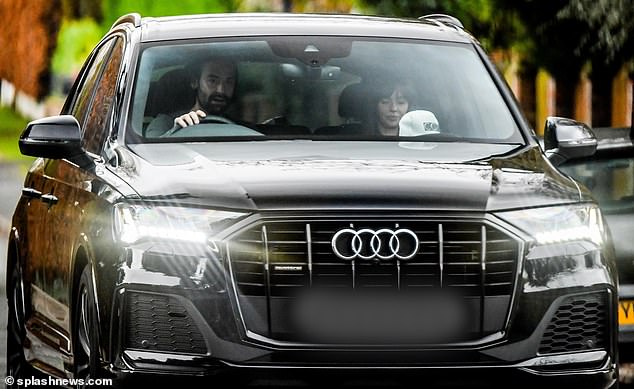 Eagles admitted being drunk while in charge of the £70,000 Q7 vehicle (pictured, Eagles and his former girlfriend Ms Metcalfe inside his Audi) and said he was attending AA meetings 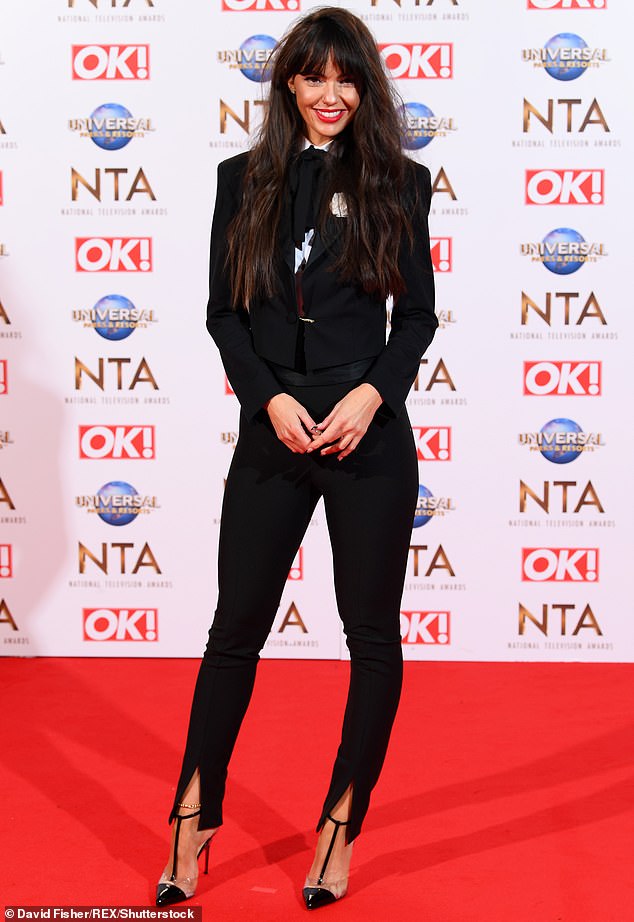 Ms Metcalfe is pictured in January 2020. She and Eagles split after a series of arguments 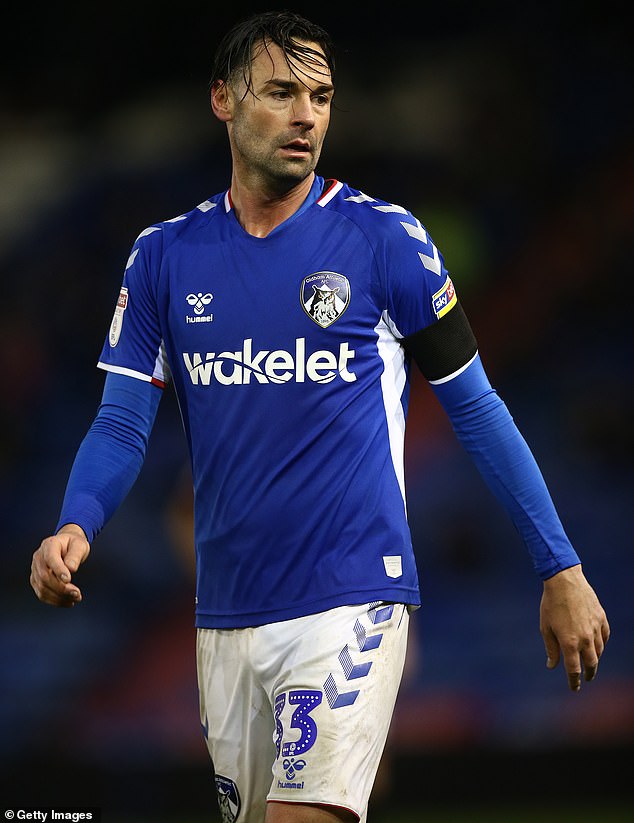 Court heard the arrest took place on March 21 when a man called Ben Bishop contacted police at 3.15am after speaking with Eagles. Pictured, Eagles played for Oldham Athletic in 2019

At an earlier hearing he said he tried to get into his girlfriend’s house and she didn’t answer so he got into his car to have a nap and switched on the engine to charge his phone.

He initially denied being drunk in charge of a motor vehicle.

His lawyer Jeremy Spencer said in mitigation: ‘He has attended Alcohol Anonymous meetings in Altrincham.

‘The officer stated when he saw him in the car, he didn’t have any shoes on, and his socks weren’t properly on his feet. He has three points on his licence from a fixed penalty matter. He tells me he had received the forms, and because it was a ’37 in a 30’ offence, he was offered an opportunity of a speed awareness course. 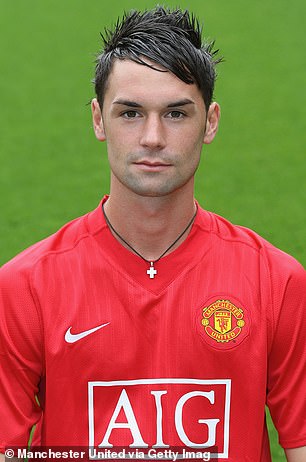 Eagles is pictured during his time at Old Trafford in 2007

‘He’s in a position to argue exceptional hardship at this stage. Mr Eagles has two children from a previous relationship, aged five and three. He has shared custody with the ex-partner. These two children are at different schools.

‘If disqualified he won’t be able to take them to their separate schools.’

Mr Spencer said Eagles was ‘concerned about what happened to him’ and its affect on his family.

Sentencing District Judge Bernard Begley told Eagles: ‘You were very intoxicated on the occasion in question and you were partially in a state of undress. It’s a high level of intoxication and that’s highly relevant to the way I will deal with this case.

‘In regard to the question of disqualification, disqualification for this offence is at my discretion. I have been urged on the basis of your mitigation, put forward by Mr Spencer, not to impose that course of action and progress matters with you getting 10 points on your licence. It is not my view that’s the appropriate approach bearing in mind the nature of the events and circumstances.

Eagles split with his fiancee and the mother of his children Danielle Mitchinson, 30, in October last year following an eight-year romance.

He later began dating Metcalfe, who had broken up with her long-term boyfriend Greg Lake, after the pair became part of a support bubble.

They were first seen together in January, a month after rumours surfaced that they were dating, with sources claiming at the time that Jennifer was ‘smitten’ with Chris.

But the pair fell out during a holiday to Portugal last month and last week agreed to ‘take some time apart’.