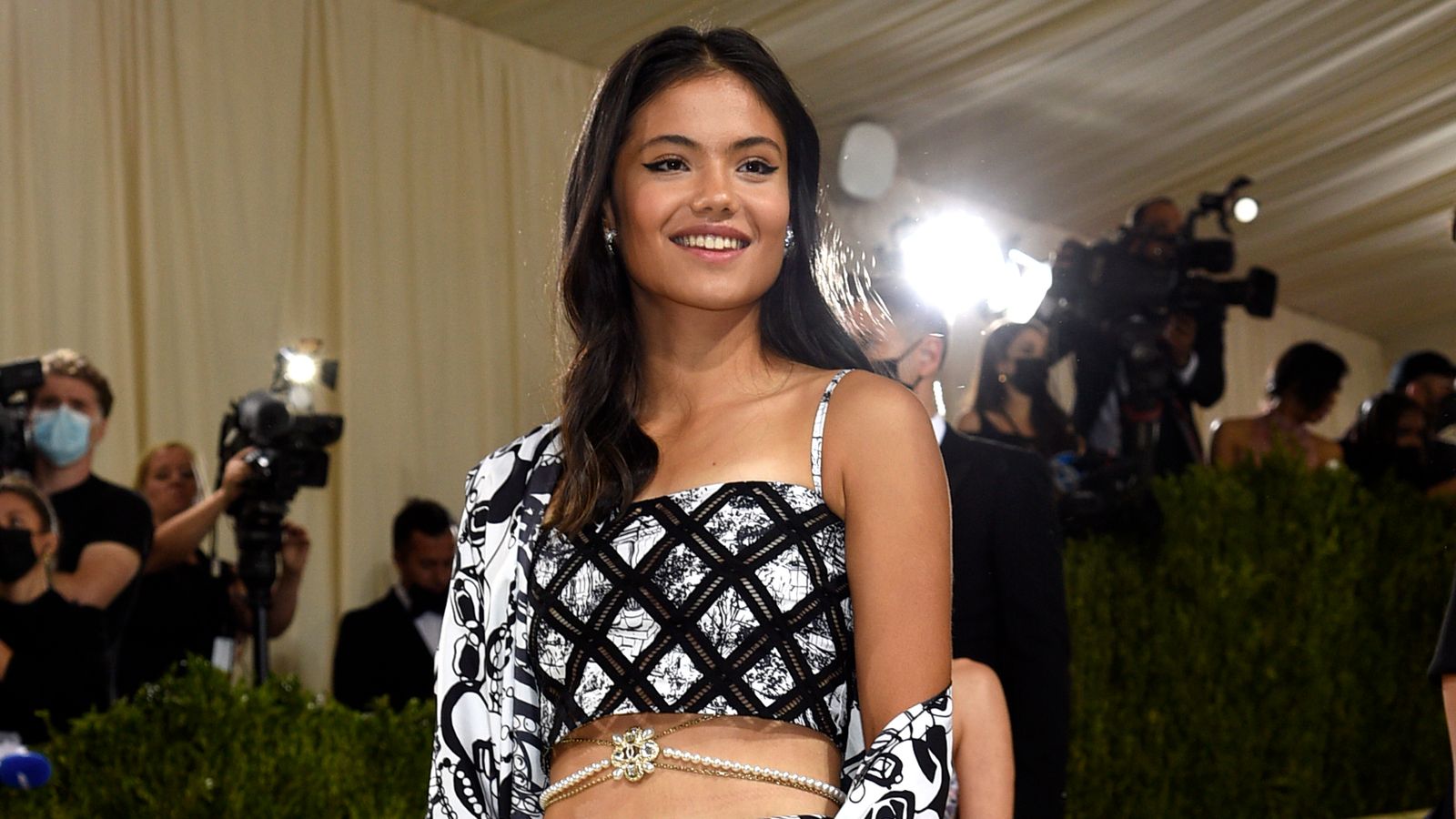 Fresh from her US Open victory, British tennis sensation Emma Raducanu has been rubbing shoulders with celebrities at the Met Gala.

Raducanu, 18, wore a black and white Chanel ensemble at the annual extravaganza, which was returning after a year off due to the pandemic.

The event delivered its usual mix of the weird and wonderful, as A-listers celebrated the theme of America: A Lexicon of Fashion.

The British tennis sensation made her Met Gala debut after her historic win on Saturday in the final of the US Open, where she defeated 19-year-old Canadian Leylah Fernandez in straight sets 6-4 6-3.

She became the first qualifier to ever win a grand slam singles title, and the first British woman to do so for 44 years.

As a result of her victory, the teenager has shot up 127 places in the world tennis rankings, from 150th to 23rd.

She started the year ranked 345th, rose to 179th in July by reaching Wimbledon’s fourth round in her grand slam debut, and arrived at Flushing Meadows at 150th.

The teenager has been celebrating her win over the past few days and shared a video of herself sightseeing in New York on Monday and coming across a billboard of herself.

Speaking to NBC Today on Monday, she said her parents are definitely “proud and happy” of her, adding: “They’re my toughest critics and so hard to please – but I got them this time!”

Her parents – Romanian father Ian and Chinese mother Renee – were not able to watch their daughter’s triumphant win in person, as they could not secure the visas they needed to fly to New York.

Raducanu’s success has prompted praise from royalty, other sports stars and celebrities, with the Queen and the Duchess of Cambridge among those congratulating the tennis star.