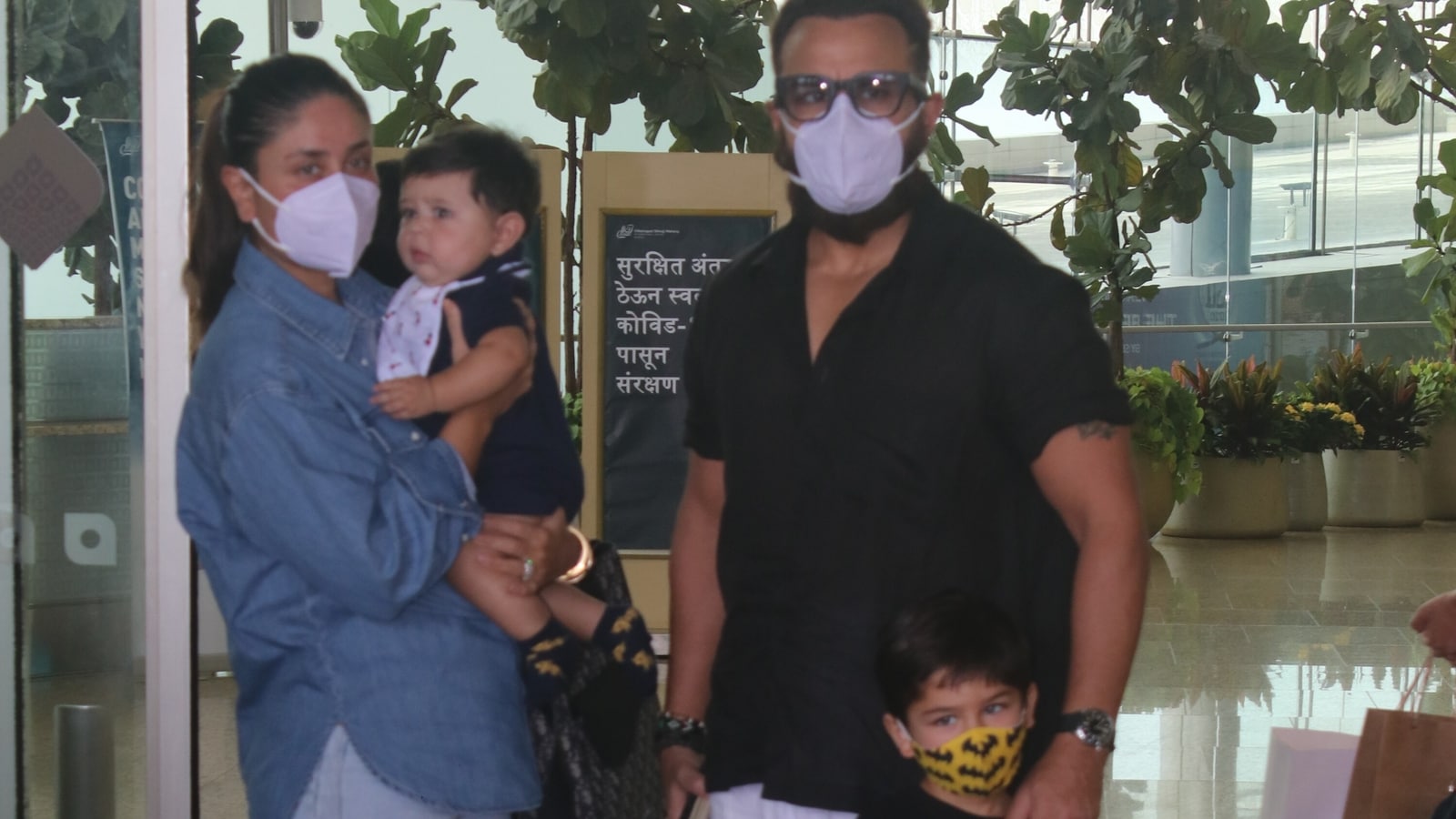 Actor couple Kareena Kapoor and Saif Ali Khan jetted off with their kids, Taimur and Jeh, and their entourage of assistants on Wednesday. Pictures and videos of the family, posing together for the paparazzi, were shared online.

The videos showed Saif and Taimur making their way into the terminal ahead of the others. They were followed by a nanny carrying Jeh in her arms. Another nanny, who was carrying a bag, followed her. And finally, Kareena arrived. Each of them was stopped by the CISF personnel present at the terminal entrance and their IDs were checked.

After everyone had cleared the preliminary security check, they made their way into the terminal. Kareena grabbed Jeh from the nanny for a photo-op and posed for the paparazzi with Saif and Taimur. It is unclear where they were headed, but they recently visited the Maldives to ring in Saif’s birthday.

Fans were appreciative of the personnel. One person wrote in the comments section of an Instagram post, “It’s good to see these Personnel smiling …Very rare sight.” But another person wrote, “It’s quite bothersome to see all this airport staff hovering around whenever some celebrity type is flying. What is their job exactly?”

A CISF officer was praised by the public recently after a similar video showed him ensuring that Salman Khan follow security protocol. After it was reported that the officer was penalised, the CISF clarified in a tweet that he was ‘suitably rewarded’. Correcting a news report, the CISF tweeted, “The contents of this tweet are incorrect & without factual basis. In fact, the officer concerned has been suitably rewarded for exemplary professionalism in the discharge of his duty. @PIBHomeAffairs.”

Similar instances of Bollywood celebrities going through the mandatory airport security checks by showing IDs and pulling down masks to confirm identities have taken place with Deepika Padukone and Kiara Advani as well.