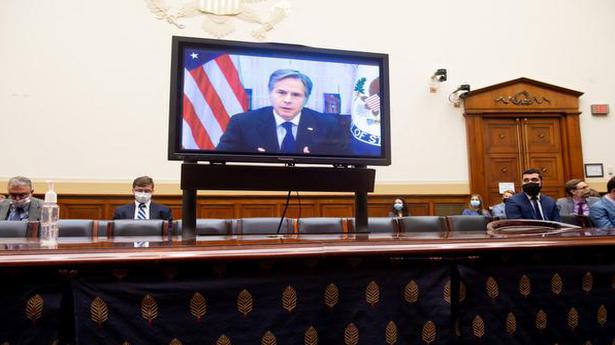 Blinken said he was in “ constant contact” with U.S. allies and partners “to hear their views and factor them” into U.S. thinking on withdrawal.

Testifying before a U.S. House of Representatives Committee, Secretary of State Antony Blinken defended the Biden administration’s decision to withdraw U.S troops from Afghanistan after two decades, as well as the actual withdrawal process in the last weeks of August , characterized by chaos and violence focused around Kabul’s airport.

Mr Blinken, in his opening remarks, which he delivered via video-link to the House Foreign Affairs Committee (HFAC) on Monday afternoon, suggested that President Joe Biden had inherited a bad deal on Afghanistan from his predecessor, Donald Trump, that the alternative to withdrawal would have cost lives, and that the withdrawal was coordinated with America’s partners.

The secretary said the Trump administration had pressed the (former) Afghan government to release 5,000 Taliban prisoners, including “top war commanders” and had reduced U.S. troop strength to 2,500. This put the Taliban in its strongest position since September 2001 and the U.S. had its smallest troop level since the invasion, Mr Blinken said.

Mr Biden had a choice between ending the war or escalating it — which would have come at the cost of casualties and resulted in a “stalemate”.

“Even the most pessimistic assessments did not predict that government forces in Kabul would collapse while U.S. forces remained,” he told U.S. lawmakers.

Mr Blinken also said he was in “ constant contact” with U.S. allies and partners “to hear their views and factor them” into U.S. thinking on withdrawal.

“I want to acknowledge the more than two dozen countries that have helped with the relocation effort – some serving as transit hubs, some welcoming Afghan evacuees for longer periods of time, “ he said.

Among the current activities of the State Department were efforts to help evacuate any remaining Americans, Afghans and citizens of partner countries who wanted to leave Afghanistan, Mr Blinken said.

The U.S. was also focused on counterterrorism, as per the Secretary, who said the Taliban had committed to prevent terrorist groups from using Afghanistan as a safe haven. ( This has been India’s central concern with the unfolding situation in Afghanistan).

“That does not mean we will rely on them [the Taliban],” Mr Blinken said, adding that the U.S. would remain vigilant and maintain robust counterterrorism capabilities in the region.

The U.S. was also continuing its “intensive diplomacy” with allies and partners, he said, citing a U.N. Security Council (UNSC) Resolution that called on the Taliban to uphold its counter-terrorism commitments and its commitments to allow free travel and the rights of Afghans, especially women and girls. The resolution was passed during India’s month-long presidency of the UNSC.